At this moment I am finishing off some projects I had started after my summer holidays. I will write about it in the ‘New Items’ section. I even bought me a silkscreen printing set to finish off the Canadian Militia Books I was making. And with a silkscreen printing set I can print many more things, like bigger carton boxes, such as the Canadian 24h ration boxes or even those American ration boxes, etc. Something for the future.

Well for October I have planned some new projects, which I will show you on the photos. 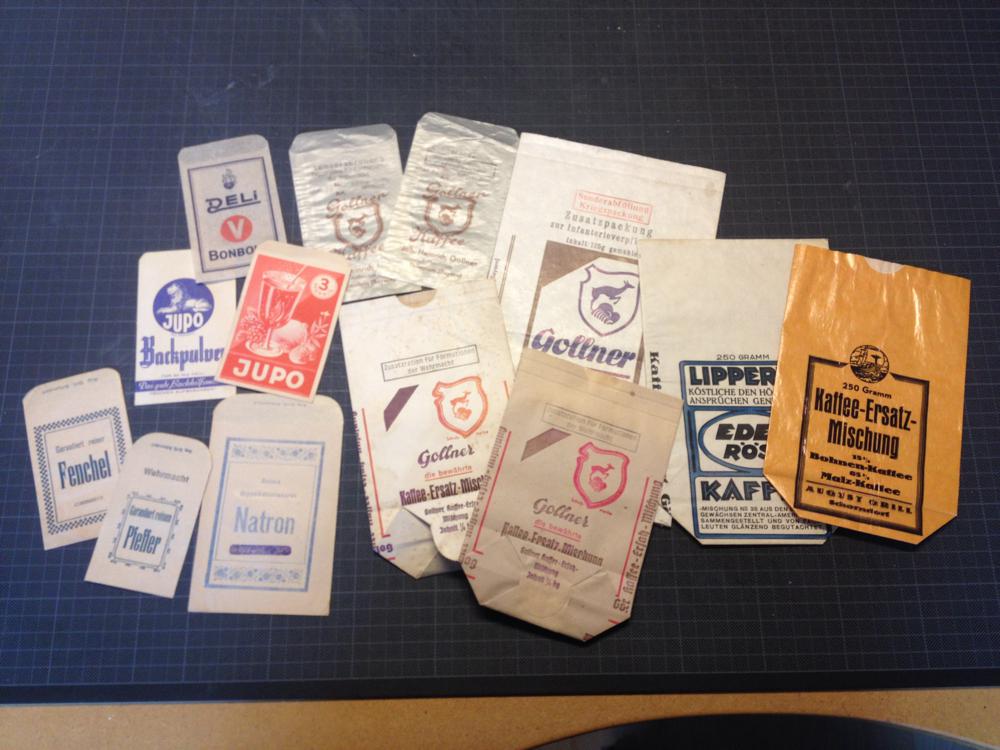 On the photo you well see some German ration bags, such as: Coffee bags, spices bags, a backing powder bag, a refreshment powder bag and a candy bag. These are the ones I would like to reproduce. Those Coffee bags consists of two different layers of paper. I will have to see how I will make them with the two layers. Well, with using such bags you will improve your displays and can use them during events or on filmsets. 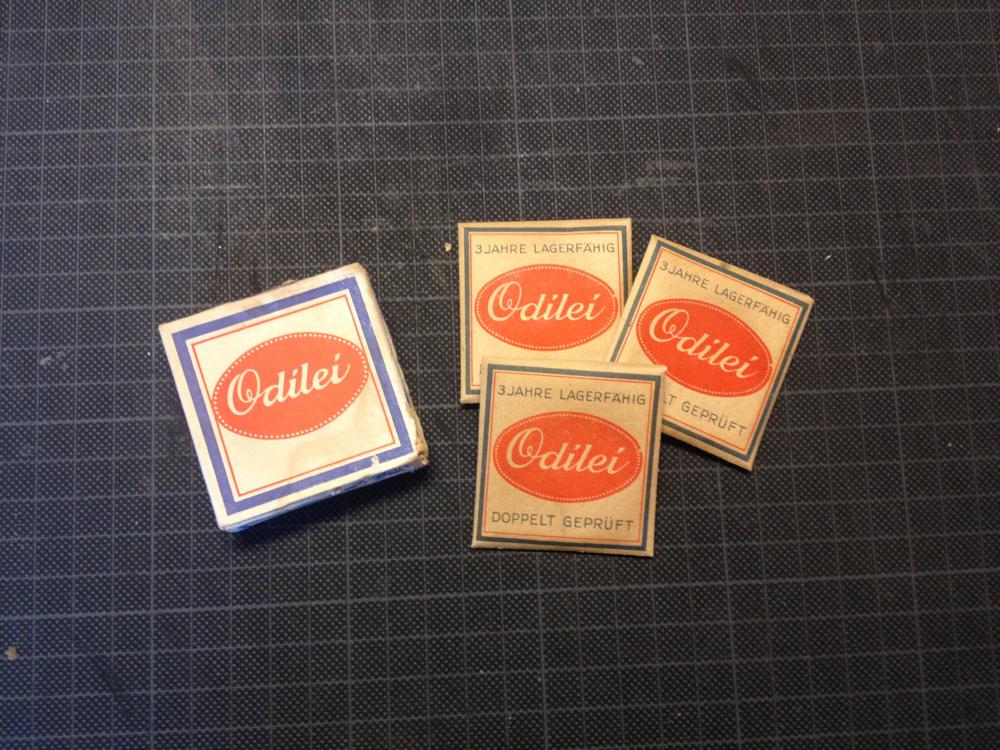 Then a box of Odilei condoms, containing 3 condoms. I am not sure yet if I will make them with or without new condoms. But a big change I will sell a set with 3 new ones in it, so you can have fun and stay in character.

As you can see on the picture I am also planning on making American paper items such as: Toothpaste boxes, Shaving cream boxes, soap wrappers and boxes, some medical items and a set of stationary so you can write home from the European Theatre or Operations. Who knows I might find some bars of soap to be wrapped, which I can sell in the shop. 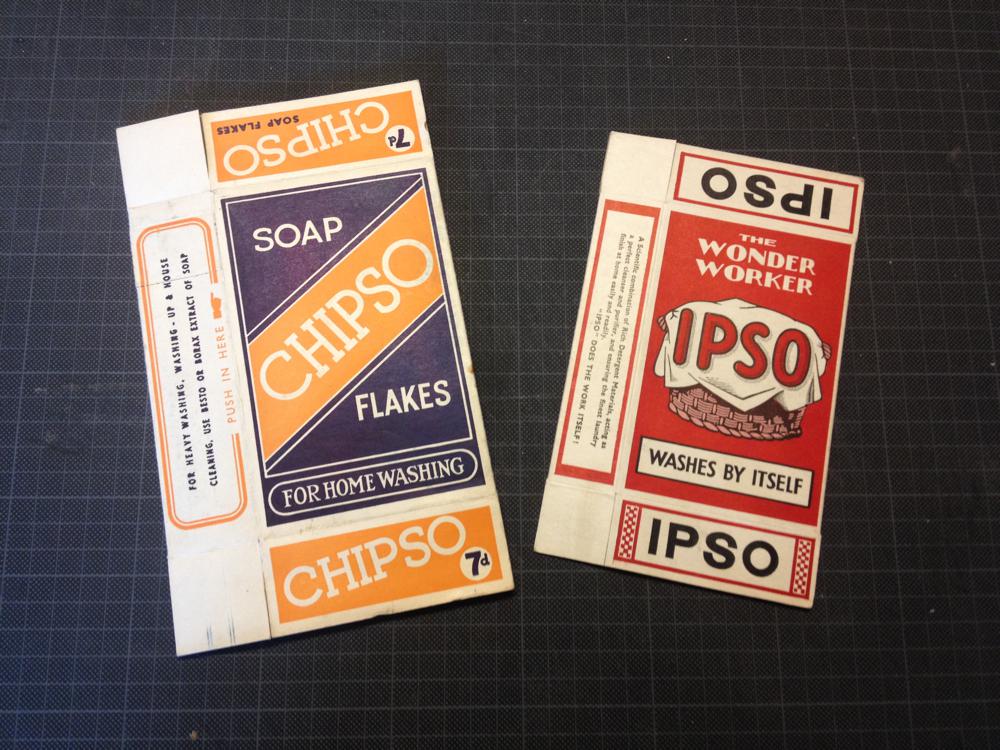 I am also planning on making a few British paper items, such as the two soapboxes above. I might have some more paperwork items such as military forms and some other Home Front items. When I do have enough time left I will be working on those and write an new article about it.

It’s quite a lot for the coming month, finding the right kind of paper, scanning and making the artwork, but this is what I do want to make. Beside that I do have some requests to make such as a German sniper logbook, a SHEAF ID card, a WWI Canadian Pay book for Active Service and some more bits and pieces. If you have a request of something you want to be made by me, contact me and drop me a line.

Then to close this article, I have purchased some Belgium Beer labels which are on their way to me. 😉

This site uses Akismet to reduce spam. Learn how your comment data is processed.

We use cookies to ensure that we give you the best experience on our website. If you continue to use this site we will assume that you are happy with it.Ok
Go to Top